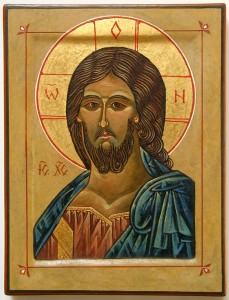 Introduction: The Testimony about Jesus

Exploring aspects of those meanings for today

I  come here to the heart of the matter of Christian faith; Jesus Christ the focal point of history and creation. Although we usually say “Jesus Christ” He is most properly “Jesus who is The Christ, the Messiah. He is firstly acclaimed as the Hope of Israel and the fulfilment of the Messianic prophecies. He is acclaimed as the finality of the prophetic tradition and the most supreme Rabbi and the Wisdom of God. In his immediate earthly existence he was simply “Jesus from Nazareth” and “son of Joseph and Mary” but his words and actions lead to the declaration of His most special agency from God as Messiah (in Greek “The Christ”).  His death under Roman jurisdiction, nailed to a cross, of wood was a scandal that should have been the end of Him. But He is acclaimed as the most special vocation from God so as to be a sacrifice for sin and the failure of humanity. From the testimony of the church He is also acclaimed as the “Son of God” carrying in His person the essence of the divine and most supreme among all humanity.

These are all the testimony of Christian faith and traditions made about Him, It is not my intention to defend these claims but rather to review aspects of this revelation and testimony as attested by Bonaventure and Scotus in how they describe Him and His work of salvation, and to review what they write in the context of our modern cosmological and evolutionary world view.

I have already outlined some things related to the God as Trinity and historically speaking this derives from an understanding of Jesus Christ as the Incarnate Son of God, a development of the revelation related to the historical Jesus and what those who believed in Him said about Him and therefore about God. I have included consideration of the Trinity under the consideration of the nature of God. The developments of things related to Jesus implied the Trinity and the Trinity also then governs our view of Jesus as the Incarnation of God in His person. What we believe about the Trinity then is also related to how we view Jesus and His earthly life, His words, acts and suffering on the cross at Golgotha.

Many are no longer convinced today of the claims about Him but if we do believe in faith that this revelation about Jesus does tell us about God then His life, words and acts has a cosmic dimensions that go beyond his actual historical ministry in the lands of Galilee, Samaria and Judea. We may be convinced of what some of this means in human history,  but we also must see that what we believe about Him affects the way we may see Him in relation to the whole of the cosmos. His earthly life will point to a hugely wider cosmic and evolutionary history in which we must see ourselves and our own life purpose fulfilled in knowing and following Him.

There are three main things I will explore in sequence on following pages in the consideration of the significance of Jesus as the Christ and Incarnate Word in the modern world and in relation to the Cosmos and evolution.