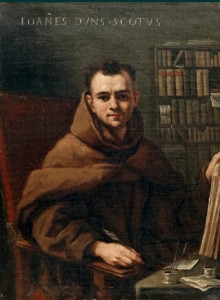 In the modern era with advances in science I often get frustrated with liturgy , hymns, worship songs and even some preaching because we can no longer think in the same way past generations have and  we need to see the bible and  all Christian traditions in the new light of a vast cosmos, in which earth appears as one insignificant little planet around one little star in a vast galaxy of millions of stars, with many other galaxies, and in the wake of the theory of evolution of life by natural means. Also there remains today  too much inter-church rivalry and division from past historical splits and we need a new appreciation of each others traditions and the reasons for past division.

This site is a shared exploration of Christian faith and teaching for today, that looks at some traditional Franciscan theology in a modern scientific and also an ecumenical light.

The main focus of this study site started as a review of  the medieval Franciscans (Duns Scotus and Bonaventure) in the light of modern science but it has grown far beyond that . I have incorporated insights I have gained from an Ecumenical collection of Catholic writers (Karl Rahner, Teilhard de Chardin and Ilia Delio), Lutherans (Paul Tillich, Jurgen Moltman and Wolhaft Pannenberg), Anglicans (Charles Gore , Tom Wright and John Poilkinhorn) and Orthodox (Kallistos Ware and Vladimir Lossky).

The postings are on the drop-down menus and are mainly  essays on aspects of  theology and faith in God  and Christ in the light of modern science. There is also some devotional material.

There is Blog page for occasional articles on various topics.

Faith and Science conflict? A crisis of faith?

I started this project from the point of view that there is in many people’s minds today a perceived conflict between between science and religion. Certainly the bible texts and much traditional theology comes from very different past world views to what we have today. For many people today that seems to mean either giving up on traditional beliefs or rejecting scientific discoveries and theories that don’t seem to match a specific conservative or traditional perception of the biblical world and Christian revelation and teaching. This apparent conflict between natural observation of world and received faith and traditions has been going on for centuries, often with defensive responses from various churches, challenging scientific theory and developments that did not or do not fit in with thei received views of the bible or historic developed doctrines.

On the other hand there has also been a tendency of many in the scientific communities today trying to view the world on purely naturalist and rational grounds that tries to leave anything relating to the religious and divinity out of the picture altogether or relegate religion to the ethical and moral spheres of life.

Neither response is necessary any longer and we can build bridges between scientific observation and church faith traditions. The religious needs the critical physical realism and the material needs the spiritual.  We need also to see science research and natural discovery in a divinely unified way, that embracing the world as we are coming to know it and yet still retain faith in a purpose of life from the multitude of areas knowledge and revelation. Indeed it is necessary that we do so otherwise Christian faith loses all credibility with those who have a science knowledge and training. It’s no help to a scientifically educated church visitor, or young people in our congregations to have such a conflict and feel the need to decide between faith and scientific findings. All truth from discovery and all revealed truth has roots in the eternal truth of God, who is author of both. 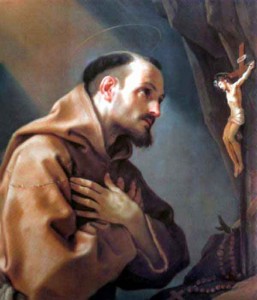 Why my focus on two medieval theologians; Duns Scotus and Bonaventure?

Some years ago I became a member of the Anglican Third Order of the Society of St Francis and as a result I heard about them and gained an interest in them. They were both great teachers in their generations and  it seems to me still have things of relevance teach us and ask us to consider even with our very different perspectives.

I was also strongly influenced in my early years of faith by the existential theology of Paul Tillich and the evolutionary views of Pierre Teilhard de Chardin. From Tillich in particular I gained an idea of New Being and therefore a view of a evolving potential of New Humanity.

I confess I am writing about Bonaventure and Scotus and all the others as a student rather than as an expert about any of them. My aim is not and cannot be a detailed account of everything they wrote. I also find that I have cause to modify what they wrote from my mixed Anglican perspective and new light of the world we know now.

This is my basic confession of an evolving faith..

God is the Holy and Blessed Trinity; Uncreated Being (Father), Word (Son) and Holy Spirit. A three-fold unity of “persons” , of the same stuff as each other and hence united in that as One God. God is communal but united and as one,  Who exists and loves and acts as one.

That which is the Divine Word, from God and part of God, was made present in Jesus of Nazareth and lived on earth as man, He was and is, The Christ, Origin and the Centre of the Cosmos, its future and all its meaning. He is the centre of a meaning for all of life. We lack meaning unless we refer to this revealed truth and seek to understand it and become participants in this hidden but ever true reality behind all apparent reality. We are immersed in the activity of the Spirit who comes to dwell in us and lead us to our ultimate goal of union and transformation of our selves and our societies in which we live.

The Cosmos and all life we know is from the Trinitarian God who has given it freedom to evolve and change with both great beauty but also the potential and reality of evil, suffering and physical death.

We evolved from social yet tribal animals. We have great rationality, intelligence and the capacity for Divine Love with unlimited loving. But we so often never reach our fullest and loving potential that God desires us to have. We frequently remain tribal and selfish, never being our divinely intended selves.

In a world of natural and  climatic catastrophe, and with ethnic, religious and civil conflicts, we must  transcend our evolved tribal past and selfish tendencies to become a New Humanity in thought and deed. We must become the New Humanity that our Saviour and Exemplar Jesus  shows us, enables us and desires us to become.

The drop-down menus can lead you to the following essays.

Life in the Spirit. – The start of an exploration of the role of the Spirit in our re-creation as Beings in Divine Communion.

The Virgin Mary – Ecumenical Perspective:  Review of two ecumenical views about Mary and how she points to our New Humanit:

The Virgin Mary -Immaculate Conception: A review of what Scotus and others say about the special grace given to Mary that makes her free from sin and so special

Explorations –. More about the aims of my study including some referenced sources.

Jesus Christ- An introduction; Jesus who is the Christ.The Primacy of Christ

This is about the idea that Jesus is predestined to glory and to be the centre of all creation.

hrist: Salvation in Christ 1. Parts 1 and 2. An exploration of the meaning of the death of Jesus.

Scotus et al – some biographical notes on Scotus, Bonaventure and some other authors I have been exploring for a more modern context.

Cosmic God – Several essays about God in a modern science context; Knowledge of God, Transcendence and Immanence, First and Final, Infinite Being and Trinity. The Spirit.

Humanity—aspects of evolved humanity, including family and the evolved origins of love, and transcending our biology.

Sections also on “The Fall” (our waywardness from what we are intended to be) and what that may mean in a modern context today.

Bible– The need for a critical approach to the bible. Bonaventure on the Dimensions of Scripture. Duns Scotus on the Sufficiency of Scripture. The Law and Prophets in the light of natural law, and a critical historical view of the biblical writings.

Third Order  – about the Anglican Third Order of the Society of St Francis. Its Principles and Aims that are relevant today.