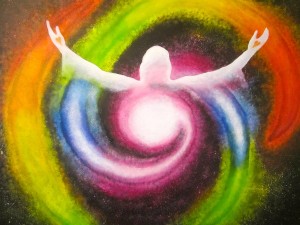 The first thing I learned about Scotus

The first thing I ever heard about Scotus was that he took a contrary view about the Incarnation to Aquinas and others. According to the view of the time the reason for the Incarnation was in order for salvation of humanity by Christ’s sinless death on the cross. Scotus took a different view by writing that the incarnation would have happened even if humanity had not sinned.

His argument is set out in Ordinatio 3, distinction 7. He asked “Whether Christ was Predestined to be Son of God”.  In his answer he makes the following main points.

Predestination is the pre-ordering of someone to glory and things related to this glory.

Christ was special in His predestination to glory

God predestined Christ to glory before all others

Christ’s predestination did not depend upon the “fall” of humanity and our sinfulness but was pre-ordained before humanity sinned and before God even knew that humanity would sin.

Hence Christ is predestined for the greatest glory not because of the need of redemption but because such glory is the greatest good. It does not seem likely that the Incarnation should come about because of the lesser good of salvation compared to the greater good of the glory of the Word in Christ that God had already ordained. If Christ is predestined to glory before human sin occurs then it means the Incarnation was willed quite apart from what humanity would do. Of course Scotus agrees elsewhere that Christ came as remedy for our sin after it had occurred but that was not the prime reason for it. Things are willed for the sake of the Beloved and willed towards the greatest end for Him first. Yes we are willed to share that glory but only after He has been.

Although not explicitly mentioned by Scotus it may be the Pauline reference in Colossians Ch 1 that really lies behind Scotus argument.

15 The Son is the image of the invisible God, the firstborn over all creation. 16 For in him all things were created: things in heaven and on earth, visible and invisible, whether thrones or powers or rulers or authorities; all things have been created through him and for him. 17 He is before all things, and in him all things hold together. 18 And he is the head of the body, the church; he is the beginning and the firstborn from among the dead, so that in everything he might have the supremacy. 19 For God was pleased to have all his fullness dwell in him,

Even if Scotus did not have this text in mind what he writes is certainly in accord with it. Christ is the divine image around all which is united. He is a uniting centre and everything has been made because of Him and for Him. Although there is a follow on reference to salvation and reconciliation it is Christ who is the centre of attention and God’s creative work. He is already destined for that purpose that God’s fullness should be made present in Him as a focal point for the unity of the world and unseen worlds. Sin has interrupted the original purpose of humanity and Christ’s work reconciliation must embrace that too and unity must now include reconciliation as well.

In view of Evolution?

In the context of evolutionary of life and humanity God has planned a perfect expression of the divine essence in union with an evolved created person, and this person is the highest and best there can ever be. He is intended to be the model of what all the rest of humanity is intended. Human failure to evolve and develop into the best (which is want sin is about) requires a second part of the mission of the Incarnation to include a means of salvation, but this comes after God’s original plan of the created being of the Word-Man union that is so be the highest and best purpose of God in the cosmos.

Before all else Thou lovest Him

Before all else Thou destines Him

Before all else Thou will delight to have Him, who shall be the perfection of us all

In Thy Union does Thou link Thy Eternal Word with us and all life that comes to be, and so does touch and unite thyself with all earthly life. God among us in united essence of Love, the First and the Last and most Blessed there can ever be.